"Our journey of innovation in the security industry started in 1977 when Garth Baxter through Betlyn Industries, acquired Vancouver Fire Prevention. Until then, the company had focused on fire protection for restaurants and marine vessels. Garth expanded into residential and commercial security, establishing Vancouver Alarm Service Ltd. in 1981.

Then in 2008 just like you, we struggled with being repeatedly victimized by theft. There's a certain shame you feel once someone has stolen something from you, it's a total violation of privacy and left us feeling vulnerable.

Frustrated with the current technology that left us feeling blind, we would often respond to false alarms which meant being woken up in the early hours of the morning to respond to wildlife or other motion-triggered events. Nothing worked.

At that time we had been protecting families and businesses in fire protection and security but knew we could leave a bigger impact protecting the communities we serve and find a way to improve police response time. That's when we developed the first prototype. We then consulted with local community groups who were experiencing the same crime and launched the first test unit on a marina in 2008.

Two weeks after our system launched, we received a notification that someone was breaking into the property. After several attempts to "scare off" the trespasser we called the police and the suspect was apprehended – our first apprehension. Two weeks later they came back again - our second apprehension and never returned.

That is when we realized that catching criminals “red-handed" is truly what stops crime. Ever since then we have made it our mission to eliminate crime using innovative security technology and video analytics.

Every time we hear your experiences with crime the same wave of emotions come back; anger, vulnerability and shame – which is why our mission of eliminating crime from your sites is personal for us. Even after the thousands of apprehensions we’ve been involved in, each one feels as impactful as the first. You play the most important role in the security of your property because you decide who you trust to protect your livelihood and therefore you help police apprehend the intruder. We never take that trust lightly and we are committed to earning your trust through proven success."


Radius Security has been owned and operated by the Baxter family for almost 4 generations. Starting with Garth Baxter, Radius has outgrown its humble beginnings to offer advanced security technology products, coast to coast in Canada. Most recently after extensive research and exploration of much of the United States, Radius Security has expanded into the great state of Texas. Most specifically, the Dallas Fortworth area and the city of Austin - two regions in which we believe our product could make a significantly positive impact on the level of crime in the communities. Click here to read more about our Texas team and expansion. 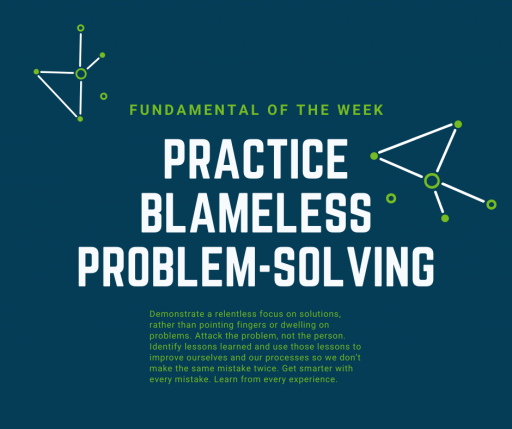 The Fundamentals our team live by

Now that we have grown to offer our Redhanded Human Detection Technology coast to coast in Canada and in the great state of Texas, our team has adopted a new culture we call, Our DNA.

Our DNA consists of 30 fundamental behaviors that are the foundation of our unique culture. These fundamentals are the building blocks that outline how we work with our customers, our partners, and each other. They describe who we are, and drive our extraordinary success. Based on our core values; Passion, Fearless Innovation, Respect, Integrity, Trust and Commitment, our DNA is what makes us, us.

To learn more about Our DNA and read the 30 fundamentals, please click the button below.

Our role in reducing the impact of crime on our local neighborhoods.

Challenged by fundamentals like #7 Practice Blameless Problem-solving, our leadership team was motivated to not only stop crimes in progress but to be part of the long-term solution. In all of the communities we impact, we want to give back in a way that is meaningful and impactful to those in society who are facing barriers like poverty, mental health and addiction. We acknowledge that society's most vulnerable are also often contributors to property crime and theft. To help offset our role in apprehensions or the arrests of individuals, we work alongside organizations that contribute to supporting these groups of people. Our employee-led philanthropic team – called Community Matters – meets monthly to allocate funds, volunteer efforts and giving initiatives to give back to our communities.

To learn more about the Community Matters program, please click the button below.

Call A Radius Security Specialist today to find out more about partnering with Radius to protect your livelihood, property and people.
Call

Radius Security™, Redhanded™ and Noah™ are part of the Radius family
of companies and products. Experts in security since 1948.
Texas License Number: B10454601
Site Map
© 2021 Radius Security. All Rights Reserved