The Key to Successful Apprehensions 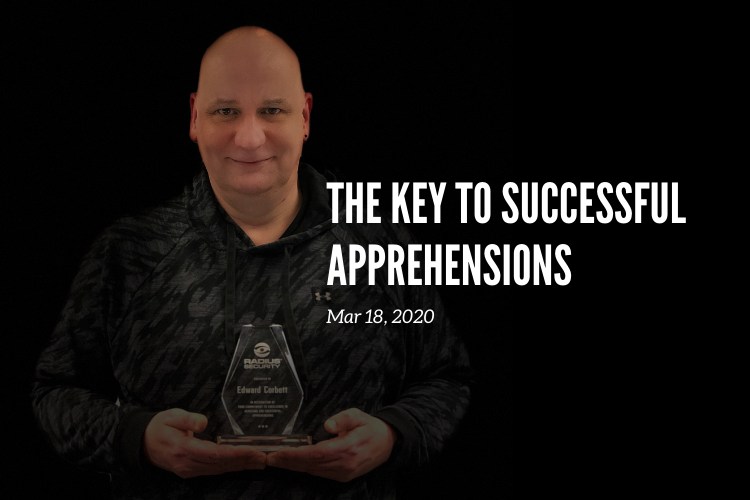 February was a banner month for Radius Command Center supervisor Edward Corbett and the rest of his Redhanded team. The Center handled an incredible 137,154 events—five operators handled 10,000 each!--resulting in 54 apprehensions and zero false dispatches. Among those apprehensions was Edward’s 225th. Congratulations to Edward on a great record of successful apprehensions!

So what does it take to apprehend suspects?

“The key to success is never giving up, even if the chances of an apprehension seem slim or unexpected,” says Edward.

He recalls two incidents he handled where suspects had tampered with vehicles at an auto dealership. Both suspects left before police arrived, but thanks to Radius, they were still apprehended a short distance away.

Watching police make the arrest gives Edward “an inordinate sense of satisfaction.” And perhaps most importantly, it sends a message “that the site is not easy pickings.”

Kirk Roberts, a former Texas lieutenant with 32 years’ law enforcement experience in Dallas-Fort Worth agrees: “An apprehension deters the suspect, and perhaps others, from committing crimes where they were caught, and perhaps at other locations too.”

In other words, suspects, when caught, will think twice about returning, and they can’t commit more crimes if they’re in jail. Sometimes, they may be wanted on an outstanding warrant or become informants and help solve other crimes. That’s why the insurance industry estimates that each apprehension helps prevent or resolve 33 other crimes.

“It’s been my experience that never giving up and following your gut instinct can often lead to successful results.”

Check out some of Edward’s apprehensions last year:

Radius Security™, Redhanded™ and Noah™ are part of the Radius family
of companies and products. Experts in security since 1948.
Site Map
© 2021 Radius Security. All Rights Reserved