Video Monitoring and Security: Canada vs US 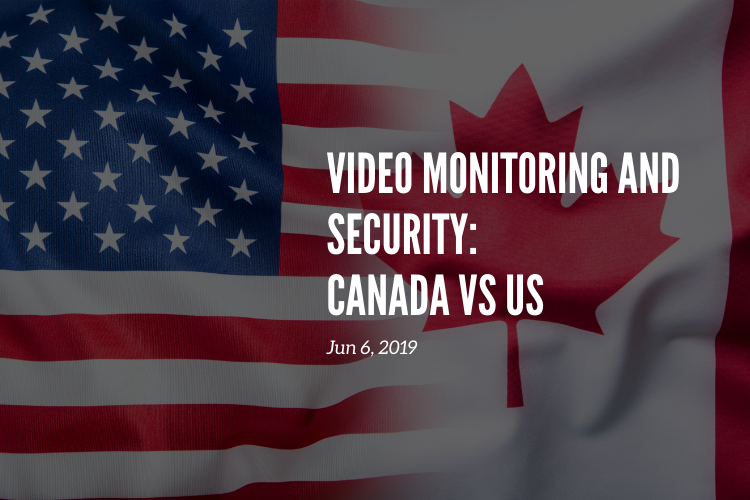 What is the difference between video surveillance solutions in Canada vs the United States? While the technology remains the same, the two countries differ sharply when it comes to the role of firearms, security guards, and police officers. For example:

Because firearms are significantly more likely to be involved in US incidents, remote video monitoring can play a critical role in saving lives.

Security guards—whether they are trained to be police officers or not—are only human. Due to fatigue, especially if they are working two jobs, mistakes are a common occurrence and can sometimes be fatal. In Texas, industry experts estimate there is one incident per month involving a security guard firing a weapon. The results can be deadly.

Unlike security guards, video-analytics-enabled security cameras can monitor a site 24/7 without fatigue setting in and operators at a central command center can immediately request police assistance. As a result, this reduces owner liability for security guard mistakes.

Whether first responders to an incident are security guards or police officers, the key to their safety is information. The more details they know when they arrive, the better chance of a safe outcome. A remote video monitoring system can relay details such as:

Armed with this information, first responders have a better understanding of the situation and how to approach the suspect(s). On the contrary, if a security guard suddenly stumbles upon a suspect, surprising both, there is an increased likelihood an altercation may occur, and injury or death may be presumed.

Police departments across North America are trying to cope with the huge costs associated with false alarms. An estimated 96% to 99% of burglar alarms are false. Most municipalities in Canada and the US have implemented fines for false alarms. In some Canadian cities, like Toronto, police only respond if an alarm has been verified by video. Dallas, on the other hand, legislated alarm verification in 2006, but rejected the policy less than two years later largely due to business owners feeling unsafe verifying alarms in person. However, this was before recent advances in remote video monitoring technology. Even without formal legislation, police in Texas and other states have been assigning video-verified alarms “Priority 1” status while taking several hours to respond to an unverified alarm. This is the pragmatic approach most American cities seem to adopt, regardless of legislation.*